Welcome to the official website of the Charlotte-Mecklenburg Republican Women.

The members in CMRW are passionate about improving the quality of life through active participation in electing leaders who share our Republican values. Please join us as we work to elect Republican leaders in our community, state, and nation.

Our mission is to positively impact our local, state and nation, while strengthening our Republican Party through recruiting, educating, training, supporting, and electing Republicans.

Our purpose is to promote conservative principles through education and participation in helping elect Republican candidates.

Our goal is to support the Republican Party at all levels.

On April 7, 1953, President Eisenhower -Republican- was in the White House, Charles Jonas -Republican- was representing us in Congress, and a group of dedicated and determined Republican women organized the Mecklenburg County Republican Women’s Club. The goals they set over sixty years ago are the goals we cherish today; to involve women in political action for the sake of good government; to educate women to be effective political activists; and to work for the election of Republican candidates.

From the very beginning, our Club has worked year round, not just at campaign time. Our members have recruited more members, organized precincts, assisted with registration drives, and studied current issues. For over sixty years, we have held several meetings a year, providing a forum for Republican candidates. Having learned how to raise money, we have always been financially independent – the perennially solvent arm of the Republican Party.

Our members have been elected to offices in the State and National Federations, to Republican Party offices at the local, district, state and national level, and to public office- City, County, State and United States Congress. 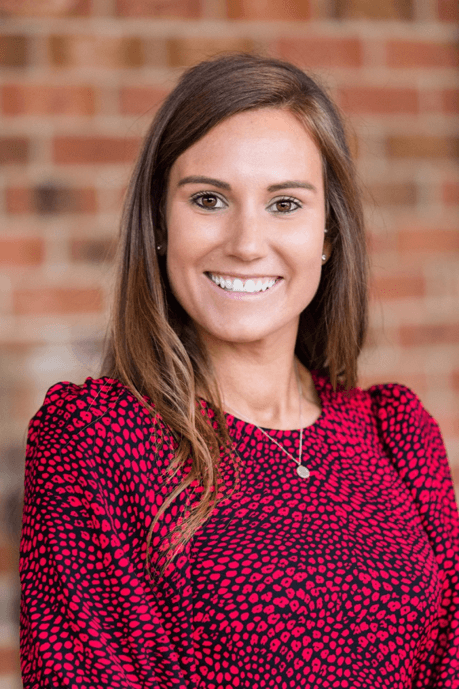 Born and raised in Charlotte, NC . I graduated from UNC Charlotte in 2010 and worked as a paralegal for several years before opening my own business with my husband Conrad (another Charlotte native) in 2015. Together we own the flower shop ‘Bookout Blooms’ in Southend providing fresh cut flowers and plants, daily delivery and wedding set up. In 2017 I was honored to be named Charlotte Agenda’s ‘Top 30 under 30.’ I joined CMRW in 2016 and found an immediate connection with the programs. As CMRW president I plan to work with my fellow board members to provide education and opportunities for our club. I will be a leader in the fight to preserve our conservative principals and promote the importance of our great nation. 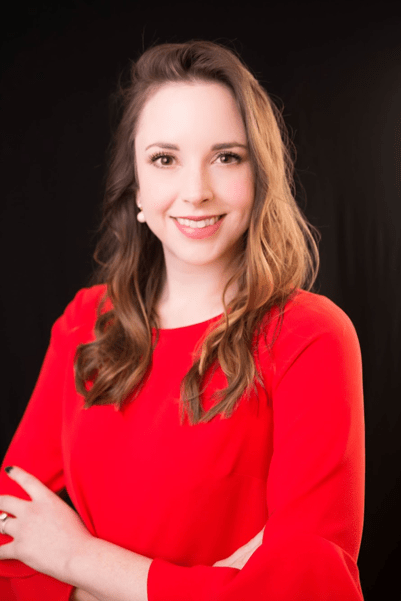 Dr. Katie Shue-McGuffin is a native Charlottean and an active member of the GOP since 2006. During 2008, Dr. Shue-McGuffin worked alongside Senator Elizabeth Dole in Washington, D.C. Since her return to Charlotte, she has served as a volunteer for local campaigns and as a policy advocate for the American Association of Nurse Practitioners (AANP).

She is proud to serve on the board for the Charlotte Mecklenburg Republican Women and to propel our GOP forward in 2021. 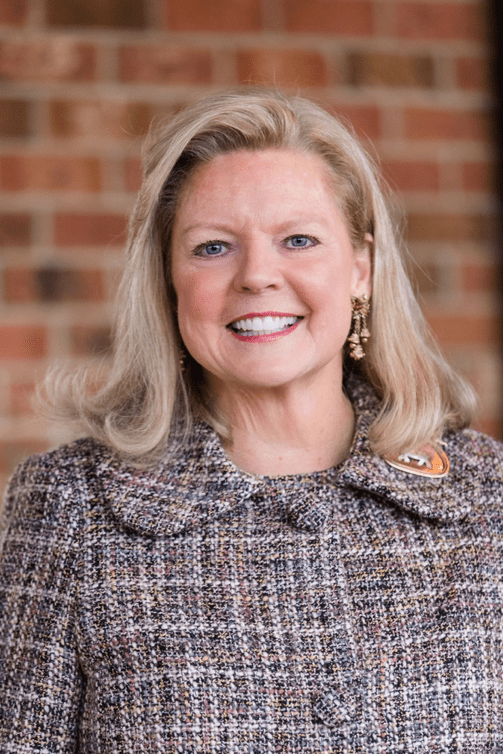 My husband, Larry, and I have lived in Charlotte for 28 years having moved here from Houston, Texas. I have two children, Brad, who is married to Sarah and lives in Alexandria, Virginia and my daughter, Angie who is married to Kevin and lives in New York City. Brad has two little girls. ages 6 and 8 and a little boy who is 2 1/2. Angie has one little girl, age 4. These little ones are the loves of my life! We have an adorable, rescue Jack Russell Terrier named Missy. Through the years I have worked as a volunteer at church, my kids schools and in the community. I am a life long Republican and first became involved with the party as a volunteer in 2000 when I worked as an office volunteer a few times for our great Congresswoman, Sue Myrick. Since then, I have worked on numerous campaigns as a volunteer, held numerous fund raisers at my home and also have worked many, many hours for the Mecklenburg GOP and especially the Charlotte – Mecklenburg Republican Women, having served in many capacities on the boards of each through the years. I have voted in every primary and election since I was first able to vote – and, always Republican!

Kimberly Herrick practices law in the areas of estate administration and guardianships, estate planning, taxation, juvenile defense and criminal record expunctions. She attended North Carolina Central University School of Law and Georgetown Law Center, and is a member of the North Carolina Board of Law Examiners. Ms. Herrick is also a Certified Public Accountant for North Carolina.

I am a Charlotte native who has been involved in politics since age 4  campaigning for family and friends. In addition to being an active member of CMRW, I am also on the leadership team of Safe House Project helping victims of human trafficking. I am looking forward to a successful year with CMRW! 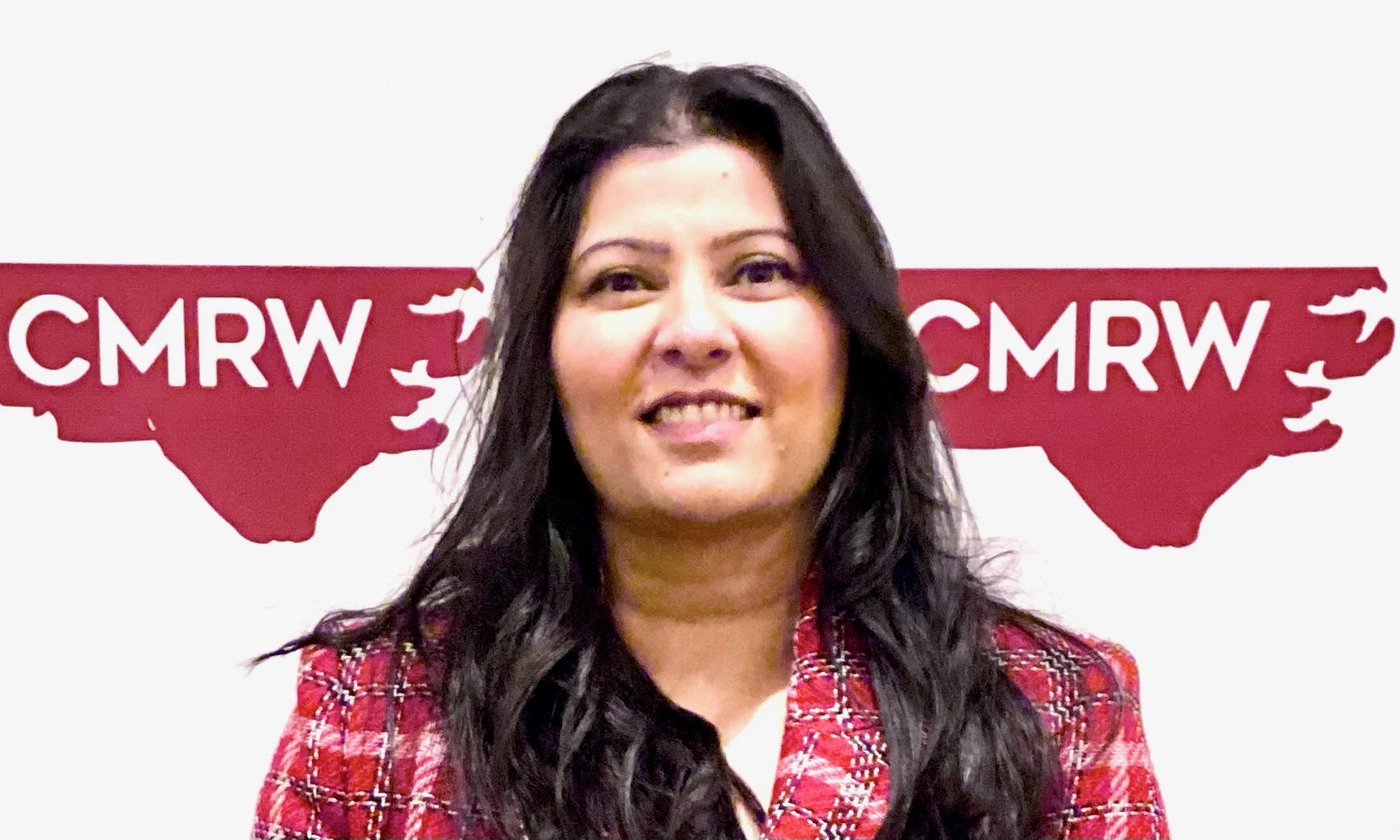 Hello Everyone! It is my pleasure to serve on the board of CMRW. My husband Kevin and I have lived in Charlotte since moving here from New Jersey more than a decade ago (Northerners by circumstance – Southerners by choice!).  I am the cofounder of Future Prep Educational Services, a company dedicated to providing quality educational programs and services to help students in North Carolina achieve their long-term educational goals. I have been active in the NC GOP since 2012, volunteering my time to assist various campaigns and organizations.  I strongly believe that one individual can make a difference, and that collectively we can all work together in order to form a more perfect union. I look forward to a successful 2021. 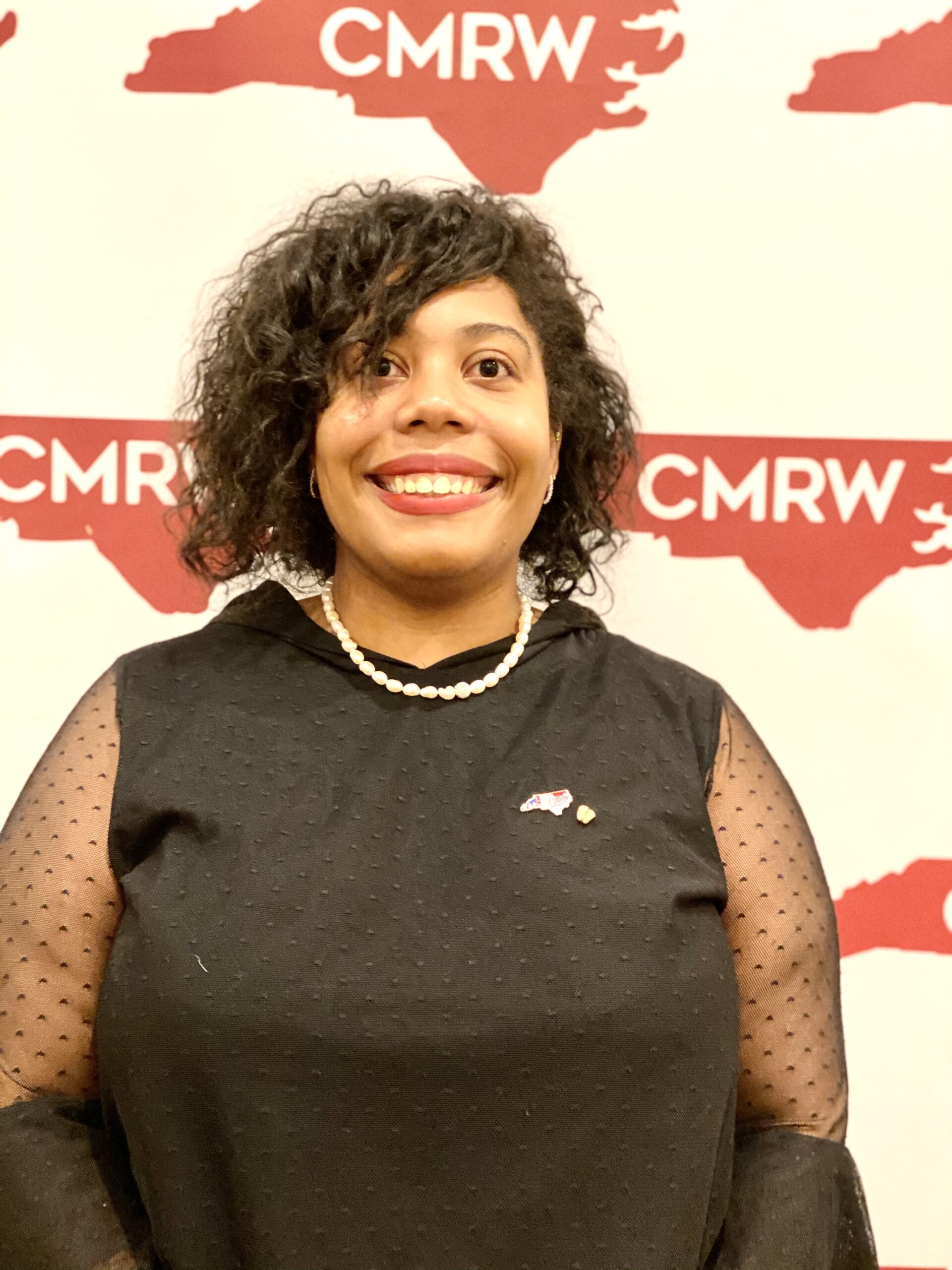 I was born and raised in Charlotte, attending Charlotte Christian School. I graduated from Seton Hall University and finishing my Masters in Law with a concentration in Human Rights and the Rule of Law.

I also co-hosts a podcast called Those Other Girls with Mallory and Friends where we talk about life, career and pop culture from a Christian conservative perspective. Currently, l am also the President of Charlotte’s Pro-Life Future (PLF) Campaign, encouraging 21-40 year-olds to become active in the pro-life movement. I am passionately pro-life and works to get millennials and Gen Z young adults to understand the value of life and fighting socialism.

I have been actively involved in politics since high school, starting as a member of Sue Myrick’s advisory board and excited to be part of the CMRW board. 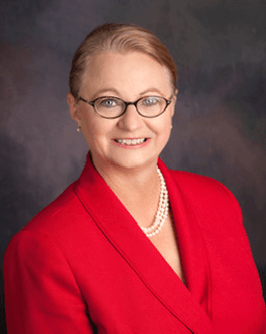 Lynette Rinker is the immediate past President of CMRW. She served the Town of Cornelius as Mayor in 2013 and Mayor Pro Tem 2009-2013. She was Vice-Chair of MECK GOP from 2015-2017. She remains active in party leadership as a member of the Executive Committee for both the County and the 12th District. As an elected official she was honored to serve on the Mecklenburg-Union Metropolitan Planning Organization (now CRTPO), Metropolitan Transit Commission, and the Arts and Sciences Council. Prior to being elected, Lynette was on the Cornelius Planning Board, Transportation Committee, Growth Management Committee and the Land Development Code Committee.

She is retired from a career in architecture, design and construction. She began her career at her alma mater, the University of South Carolina, as Director of Facilities Planning, where her responsibilities included the capital planning and execution for all 9 system campuses and the operations of the Main campus in Columbia. Notable projects include the Koger Center for the Performing Arts and the east side expansion of Williams-Brice stadium. She was elected as the first female president of the South Carolina Association of Planning and Construction Officials. She also worked as Assistant Director of Architecture for Carolinas Healthcare. She enjoyed more than a decade as Executive Director of the South Carolina Chapter of The American Institute of Architects and of AIA Charlotte and was recognized for her successes in government affairs (lobbying) and public relations.

In addition to her work with the party and CMRW, Lynette also serves on the Board of the Susan M. Tillis Foundation and is the Vice-Chair of the Woodlawn School Board of Trustees.

She and her husband, Mark, have 3 grown children and two grandchildren.

Our regularly scheduled monthly luncheons are on the 4th Wednesday of each month (location will be announced), except the months of June, July and November.

We have a guest speaker each month to educate and inform us, good food and fellowship with our members and guests and our desire for you to leave our luncheon meetings more informed on the latest news and issues.

Our December meeting is our annual Christmas auction and luncheon which features a nationally known speaker. 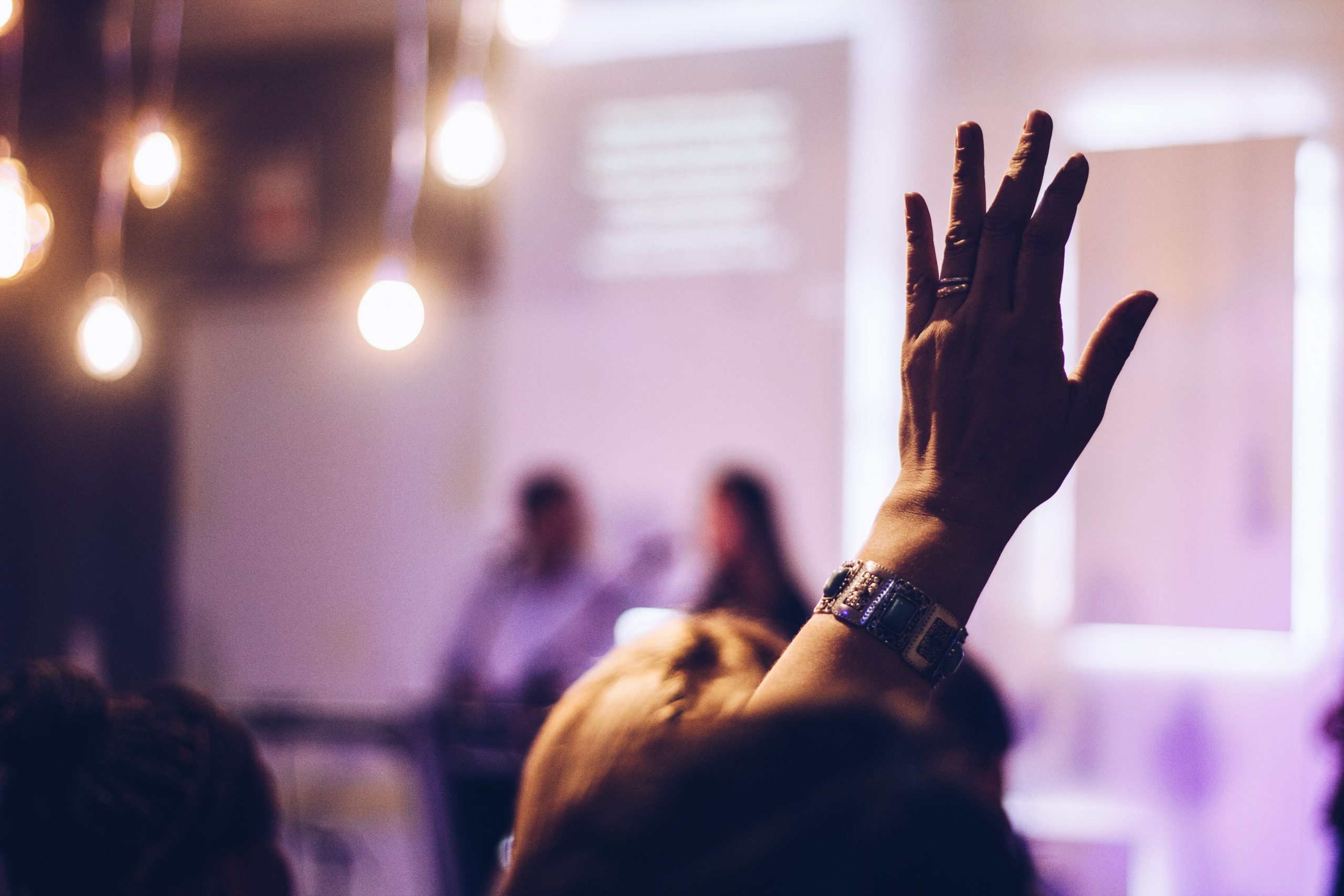 Members joining after September 1st of each year will receive a membership for the remainder of the current year and the next year.*

Dues are $40.00 per year and are payable in advance by December 31 of each year.

We Can’t do it alone!

The Republican Party is always in need of volunteers throughout the state to help Republican candidates and the GOP. We encourage anyone interested in participating to please contact us, your county chair, or your favorite candidate and aware them of your interest.

What is a Poll Watcher?

A poll watcher’s purpose is to represent the interest of a candidate or party at a voting place, and to look for any irregularities that could be harmful to a candidate or the party.

How do I become a poll watcher?

The Republican Party is always in need of poll watchers throughout the state to help Republican candidates and the GOP. We encourage anyone interested in participating in poll watching to please contact us, your county chair, or your favorite candidate and aware them of your interest. Any party represented in a general election or primary can appoint a poll watcher for each voting precinct. Political parties can also nominate poll watchers in which they do not have candidates.

We welcome your suggestions and feedback.  Have a question? Let us know!

There are many websites which provide conservative Americans with excellent, wide-ranging coverage of the issues so that you will be informed and educated about the issues and candidates. Want the inside scoop on news and information that is not covered by mainstream news outlets? These are excellent resources of information that’s crucial for Americans to know. 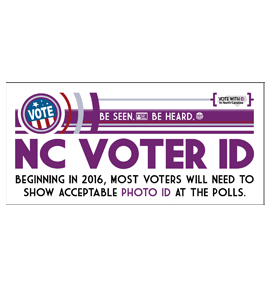 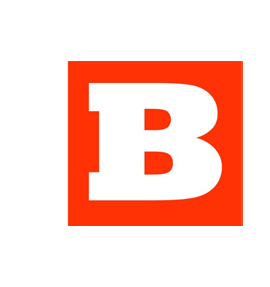 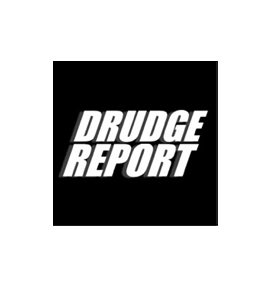 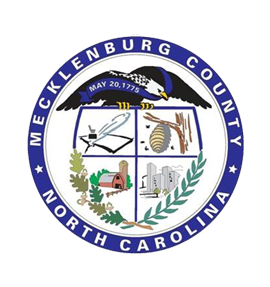 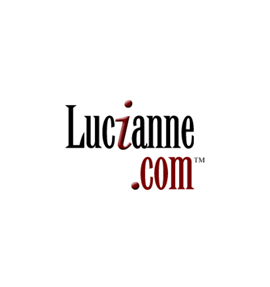 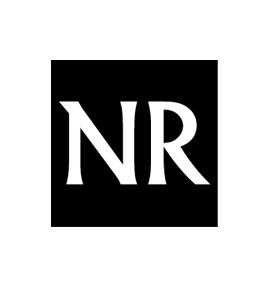 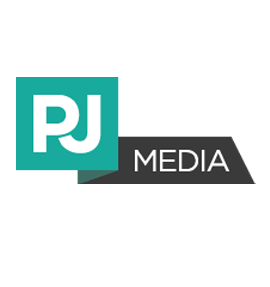 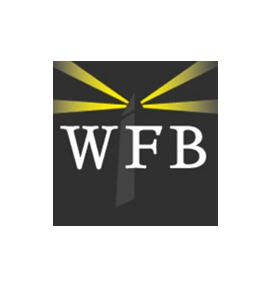